Greetings hearty galactic marketing traveler! In my article last week I introduced the idea of “anti-Marketing,” and told the story of how anti-Marketing particles have leaked into this universe from an alternate universe, where no one is ever permitted to market anything and everyone is poor. 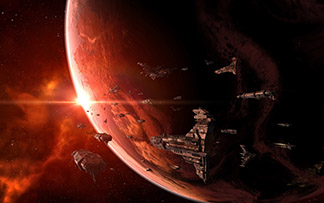 I was very pleased to find that I got more response to this article than any other article I have ever written in 10 years.

So this article is going to continue the story, and specifically outline where the anti-Marketing particles have infected various areas of the Internet, and outline other areas where members of the Galactic Marketing Alliance can still get through and reach customers.

Twitterium: The government of the Twitterium planet became completely infected with anti-Marketing particles in late 2012, and decided to completely block all new members of the Galactic Marketing Alliance from approaching their planet. Only those who had previously developed thousands of connections to citizens of Twitterium could get any communications through.

Googlion Sector: The leaders of the Googlion sector became completely infected with anti Marketing particles 3-4 years ago, and have been hard at work blocking any free passage to their sector by members of the Galactic Marketing Alliance. They introduced software that would detect anyone trying to improve their availability or visibility to citizens in the Googlion sector, and would take their ships and deposit them on the remote and inhospitable moon known as “Sandbox.” They also demonized any efforts by marketers to make themselves more available or better known to sector citizens, labeling their actions as unethical or characterized as wearing a “black helmet.”

AdWordsia: Members of the Galactic Marketing Alliance have complete access to the AdWordsia solar system, and can market their products to citizens of the fourth planet. But there are fairly steep tariffs, and so only the largest ships will make the voyage. For those that can afford the fees, they can do good business on AdWordsia.

LinkedIno: The LinkedIno system offers excellent opportunities for Galactic Marketers to reach the citizens of that solar system. The government there seems to actually like people to come to their system, connect up and conduct trade. The officials there may have been affected by the nearby nebula, whose particles act as a natural deterrent to anti-Marketing particles.

FaceBorg: The entire FaceBorg system became highly infected with anti Marketing particles, as well as by another particle known as greedium. Galactic Marketers interested in passage through the FaceBorg system (which used to be free), now faced heavy fees entering the system, and for sending communications to the citizens of the planet FaceBorg IV.

Emailicus: The Emailicus message protocol was intercepted and decoded by hostile anti-Marketing fighters a decade and a half ago. They put up blocks to this protocol. These blocks and excessive use of the Emailicus gateways threatened to destroy this protocol for good. In recent years, however, intrepid members of the Alliance have revised this gateway and found ways to get their message out.

Stay tuned travelers, for more on the Galactic Marketing Alliance in my next article.