I have a client who does email marketing, sending out emails to various email lists via several companies that have compiled these lists. This client has a very specialized public for his service, so sending out to an email list of this specific public is good for him. 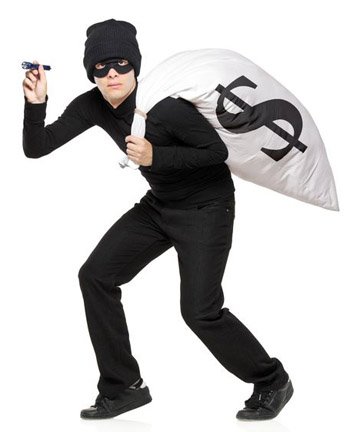 Recently he found an email list provider who seemed to be doing really well for him. Every time he had an email sent to this list, his web visits would spike, way higher than normal. And every time he would get a bunch of people (a dozen or two) filling out a form expressing interest in his service.

You would think so. Except that my client started noticing things about this scenario that seemed a bit “off.” Like for instance, no one from this list would ever fill in a phone number on the form. They just provided email addresses.

We even went to the point of changing the form that they landed on from the email, making it so the phone field was required. Then another email was sent to the list last week, and every single person who filled out the form (22 of them) filled in something in that field, but not one of them was a phone number. They filled in dashes, “n/a,” “none,” “just email,” or random numbers.

And my client emailed all these people, and a few wrote back asking questions or whatever, and then they just fell off and didn’t respond anymore.

Sounds suspicious, right? One other fact seemed to validate that this was a valid email list and these were real people, which was the fact that every time this email was supposed to go out, we would see a huge spike in the web visits. I was not aware of any way to fake that. Until I searched on a search engine. And I found a software program that you can buy for $39 that will fool Google Analytics and make it appear that you had a ton of visits to whatever site or page you choose.

At that point my client decided this was a bogus email list, and the provider was going to great lengths to make it appear he was sending out emails to his list, when apparently nothing was really happening. Nothing that could result in a sale anyway.

I had another interesting and similar experience recently. I found a provider of an online email service where I could send out to non-opt-in lists. This is different from providers like Aweber or Constant Contact where all the lists have to be opt-in. This provider allowed me to send to non-opt-in lists, and I have several I send to for my marketing (and there’s absolutely nothing illegal about that and I follow all laws).

Anyway, I signed up with this company and uploaded my lists and started sending out to them. I noticed that I was no longer getting any responses to my emails. I started thinking that these publics were really hurting and didn’t want to spend any money and didn’t want to expand their businesses. I started putting together new surveys to conduct on these publics to find out how their attitudes had changed.

About that same time I wanted to check on one other angle on this. Were the emails really arriving? I sent out a number of test emails to my own various email addresses. None of them arrived. Checked spam folders. Nothing.

I emailed my rep at the company, and said that I was not getting any responses to my emails, and I could not even get a test email to arrive at any of my email addresses. The rep did not even respond over a week’s period, despite sending that email to her twice.

A few days later an email arrived with an invoice for the next month’s service. I forwarded it to my rep and said not to ding my credit card, that I was discontinuing my service. She responded right away saying OK.

Then the next week I started sending out emails again from a program on my desktop, which is what I had been doing before using this company. And my leads shot way up. Hmmm.

So what happened? Was it a scam from the start? Hard to say. My test emails had worked at first. Maybe they just ran into technical problems and were no longer able to get my emails out, and were too embarrassed to say. They didn’t seem like criminals. But it’s possible.

Both my client and I felt sheepish after these two episodes, like we should have known better.

I think the moral of this story is that whenever you have something being done for you on the Internet or via email promotion, it pays to verify that it is happening and is being done properly. Test emails are vital. Put Google Analytics on your site if you don’t have it already, and check the statistics regularly. Although it’s not infallible, it’s an important tool to see what’s happening with your site.