It used to be that you would search for something on Google, and you would get two kinds of results: one was called “organic” results, which appeared in the wider left hand column, and the other was called “sponsored search results,” which meant pay per click advertising with Google AdWords paid ads, which were located in the narrow right hand column and in the first three positions on the left hand side.

Now with Google Maps/Places, when Google figures out that you are doing a search that is local in nature, they will add a map in the upper part of the right hand column, and a series of listings marked with an orange balloon in the left column.

If you search for “pizza restaurant” from the Los Angeles area where I am, you will see this: 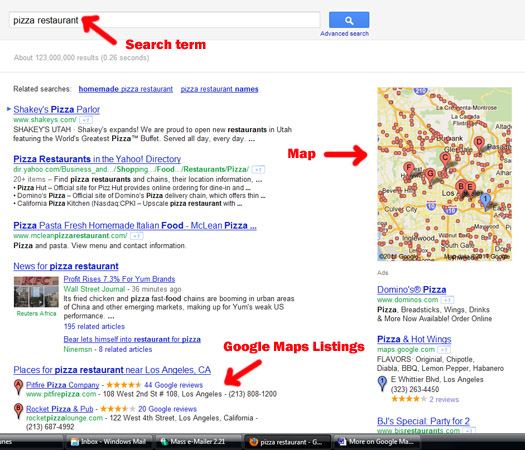 Note if you scroll down the page a bit you will see a total of 7 Google Maps listings, and for each it shows a star rating, the number of reviews on Google, the restaurant web address, the street address and phone. If you click on the name of the restaurant it takes you to their web site. If you click on the number of reviews it takes you to the Google Places page. 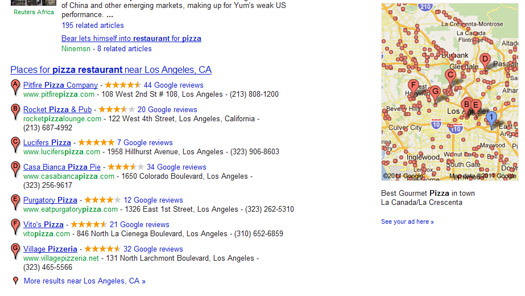 I soon learned that it is vital to have:
1. Lots of customer reviews
2. Listings on other similar sites such as Yahoo Maps, Bing Maps, Yelp, Hotfrog.com and other sites. Google sees these listings and if you have a lot of them it will push your listing up higher.

You will notice that whatever local oriented search you do, that for the most part the company that is in the number one slot will have lots of reviews, in most cases the most of any of the listings.

So I learned that this is a maintenance program where you have to do things every month to work towards that number one slot and then to maintain it once you get up there.

But once you get to number one the rewards are great. 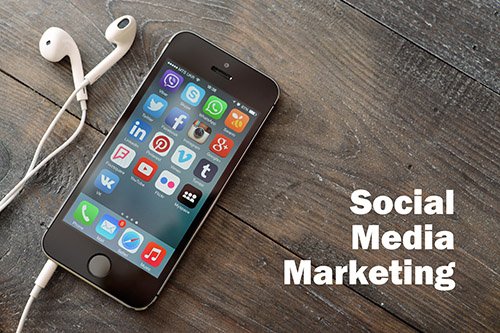