A positioning is the way you define or establish a product or service in the mind of a prospect. An excellent book, “Positioning: The Battle for Your Mind,” written by Al Ries and Jack Trout, explains this in detail.

There are several ways in which to position a product or service. One way I call a “niche” positioning. This is often used in a field or industry which is crowded with a lot of products or services. So the effort with a niche positioning is to establish your product or service as being in a certain “niche” or subset of the field as a whole. 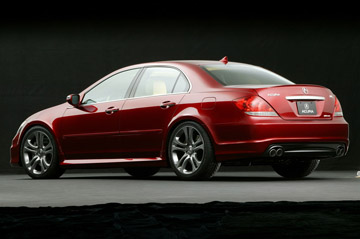 Often a beer maker will create a tag line that appears after the name of the beer, that helps to define the niche that the beer is in. These often change over time. Here’s some of the current ones:

Budweiser is the king of beers
Michelob: Crafting a better beer
Coors: The Banquet Beer
Heineken: Imported, brewed in Holland
Becks: most popular beer in Germany

You can probably think of other examples.

Another example of the use of niche positioning is with auto manufacturers. Within the field of automobiles, you have a number of niches, such as:

Just as an example, within the niche of Japanese imported economy or mid-priced cars, you have Toyota, Nissan, Mitsubishi, Honda, and Mazda. Every one of these manufacturers has worked to establish their car’s position in the proper niche.

Here’s an example of how to do niche positioning properly. A number of years ago Honda decided they wanted to produce a luxury car. But they wisely knew that they couldn’t come out with a Honda luxury car. Why not? Because “Honda” is firmly established in the mind of the consumer as a maker of quality mid-priced cars. So if you said to someone “Honda makes luxury cars,” they wouldn’t accept it. They would reject that statement because they know that Honda makes mid-priced cars, known for reliability, etc.

So Honda decided to create a whole new brand, Acura. This was a quite a commitment on their part because it involved starting new Acura dealerships across America. But they did it and the Acura Legend dominated the luxury car market in the US for a number of years. And basically Acura created and established a new niche: Japanese imported luxury cars.

Toyota noticed the success of Acura and decided to come out with a luxury line too. They also wisely recognized that they couldn’t do it under the Toyota brand, which is also very established as a Japanese economy or mid-priced brand. So they created Lexus. They basically took the Camry and added some luxury features to it and called it the ES 300. Lexus has also been very successful in the US.

Next Nissan got into the act by creating the Infiniti brand.

Now here are a couple examples of how to do it wrong. Mitsubishi decided they wanted to create a luxury car, so they came out with the Diamante. A friend of mind had one and I rode in it once. It was very nice. Definitely a nice luxury car. But they never sold a lot of them. Why? Because Mitsubishi already has an established niche as a Japanese economy or mid-priced car, perhaps a little lower than Toyota and Nissan. If you said to someone “Mitsubishi makes luxury cars,” they would reject that statement. Because they know that Mitsubishi makes Japanese economy cars.

Another friend of mine bought a luxury car made by Kia. Again I rode in it once and again it was very nice. But again these are not selling like crazy, because Kia is established as an imported economy car. They are a ways down the ladder from Honda, Toyota and Nissan, since they’re newer in the market. When you say “Kia luxury car” to someone, the datum just won’t go in. It goes against the position that they have for Kia in their minds.

The lesson is that if you have already established a niche for your business or for one of your products, you can’t easily change that niche. People have put you in a certain category in their mind, whether it is the “inexpensive ______,” the “premium _______,” the company that gives great service, the low price leader, the “expert at ______,” or whatever.