Recently I wrote an article about promoting yourself as an artist. This is the first of a series I will be writing, interviewing artists who have had some success and getting their take on how to succeed in the marketing of their particular field of artistic endeavor. 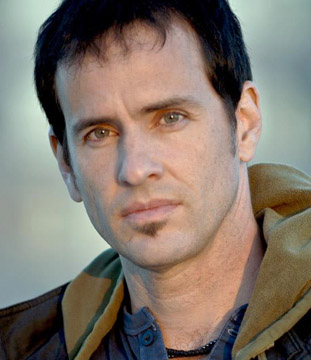 This first article is an interview with Michael Duff, whose band Chalk FarM was signed to Columbia in 1995.

I left a band in mid 1993 & formed my own.  We played coffee house type places as a 3 piece (Acoustic Gtr, Bass & Drums) and in early ’94 recruited an electric guitarist because the sound was evolving.  We got hooked up with a Producer who offered to record 3 songs for us – and we ended up doing 9 because it was so much fun.  That was Matt Hyde who we had produce the Columbia CD.

We recorded these songs in the Spring, and a buzz began to happen through Matt.  He was telling his Industry friends and they were coming down to listen.

We were playing shows in the wake of this buzz (summer ’94) and found other people coming down.  We got one of the songs played on 101.9 “Local Licks” during the summer as well which helped.

We were actually offered a Publishing deal – kind of loosely, but they told us to get an attorney.  We did and by December we were signed to Columbia.  It was fast.  And in February of ’95 we were back in the studio with Matt to record the debut.

Performing was the best thing we did.  This was WAY before the Internet.  It was flyers from Kinkos passed out to everyone we knew and a pretty aggressive collection of addresses for the post-cards we’d mail out before shows.

All that I hear is that it’s all about Social Media, and I think that is a really good thing to do.  The interaction you can have with fans – and building a base is incredible.  But it’s also important to play a lot.  That will only help in every way – musicianship, writing, people skills and building your fan base – getting the word out “on the street.”

Well, what’s interesting (depending on who you read or talk to) is that there is a different paradigm now for bands.  “Getting Signed” is not always the end you’re after.  I do, however, feel pretty strongly that Major Labels still have a lot of power and if nothing else they have a staff and money to do promotion you wouldn’t be able to do on your own.

But as far as the things I think are most important – I’d say:

1. Great songs.  I’m not talking about good songs.  I’m talking about GREAT songs.  There is a real need to step back and do the hardest thing for an artist – be objective.  Listen to other bands who do what you do.  Are your songs just as good?  Yes?  Brilliant.  No?  Then keep working at it until you feel they are.

2. Let people know you’re there.  Read books and articles on Promotion – like you’ll find in this blog.  Get the information and then USE IT!  And talk to other bands – what are they doing that is successful, what can you offer then that will help them?  It’s not as cut-throat as you think.  Some of the best “Scenes” have created many big bands from within – their friends, etc.  It’s a community.  And from this you can build fan bases that are complimentary – do shows together and build together.  But all the while make yourself known!  You can do that so much easier now than even 10 years ago.  Facebook, Twitter, YouTube (do LOTS of videos!) and interact with everyone!

3. Network.  Yep.  It’s a business and you need to treat it like one.  Go out when you’re not performing.  Meet INDUSTRY people.  Go to other bands showcases – seminars, etc.  Meet and build relationships with INDUSTRY people.  Folks like to do business with who they like.  It’s the way the world is.

We had 2 different people at Columbia bring tapes of ours to an A & R meeting.  They had no idea the other had a tape.  That was a big deal for them.  That occurred not by a master plan on our part, but by people we knew who liked us giving our music to people they knew who liked them and so on.

I think this depends on the band.  If they’re a gritty, dirty type band (death metal, punk, etc.) a showcase may not work as well since they tend to be a little more controlled and even a bit stiff.  If you’re a great live band – do it in a club.  Make it one that you’ve played many times before and have a good following and you like the way the room sounds.  Industry types should be able to hear you.  :o)

If you’re new – don’t do a showcase.  Just go play.  And play a lot.  Unless you have someone close footing the bill for your whole record, etc., then the people who are thinking of investing in you (it IS a business and that’s just what Labels do – even though it doesn’t seem like it), will want to see you play live.  If you don’t have it, they may well pass.  So play A LOT!!!  Find little dives and don’t tell anyone.  Do out of town shows – play a lot and get good at it.  Then no matter where you play people who come will “get it.”

See #4 above.  It’s a method of getting yourself known.  Use it – and every other method you can find!

110%.  You won’t be taken seriously if you don’t have one.  As I said – it’s a business.  And since all businesses have one, you need one too.  The music business website is just a really artsy version of a regular company one!  You need it to sell yourself, your music, promote your shows.  It’s vital.

I have 2 words: Justin Bieber.  Need I say more?

Do it.  The world NEEDS new music all the time.  Music evolves.  Help it along.  Take a chance and express yourself.

It’s more work than anyone should ever have to do.  However, if you are performing a lot it becomes a lot easier.  If you have a band it is easier still.  There is strength in numbers and that goes across the boards – numbers of hours performing, number of songs written, number of times your CD has been rejected by someone (seriously – that means you’re getting yourself out there!).

Fortunately, there are lots of affordable places to do this all on your own if you want to go that route.  If you do it well and have the time and energy (bands do this best because there are more bodies to put forth effort in the right direction) it can be a profitable affair.

Yes.  And not necessarily for the better.  But the Industry as a whole has that to blame, not Steve Jobs.  I think people got tired of paying $20 for 1 good song and 9-10 crappy ones – they were feeling ripped off – so a change was inevitable.

I think the idea of an album is a good thing and iTunes changed that for good.  We’ve gone back to a “singles” mentality, like in the days before Sgt. Pepper made the album really cool (that’s The Beatles, kids!).

This is my name-dropping section of my answers: I was at a party talking to Lars of Metallica about this very issue.  It was a few years ago, not so long after the whole Napster fallout, and he was saying that after all the years they’ve specifically written an album as a whole unit – each song had a place and purpose within the whole, now they had to take a totally different approach and think along the lines of individual songs.  I don’t think that we would have had “Master of Puppets” or the two that followed and made them famous if they had today’s mindset.  Who knows?

But a lot of great music came from that “singles” mentality too, so it’ll be interesting to see where we go from here!

This is a tough one.  I’ve heard a LOT of different takes on this – I’ve heard from one “Insider” that illegal downloading was the reason for a boom in the music business.  Turns out he was a criminal (went to jail) so I guess you need to consider the source.  Folks who illegally download will say it’s great.  But I think most people want to exchange with the artists – it’s a form of applause, actually.

What I know is that the overall sales of music has been declining for many years and those are the numbers from which artists are paid.  If you can’t make a living doing something, guess what?  You have to stop doing it and do something else.  What if Beck had to stop playing to go sell shoes or something?  What a loss that would have been, you know?  No offence to shoe salespeople!

The bottom line for me is a question I ask people when this issue comes up: “If I have a stack of CDs on my desk, would you take them?”  They always say no.  Then I ask them what is the difference between that and getting songs for free online.  There are an unlimited number of justifications.  Don’t get me wrong, I’m good if your pal Jay-Z emails you a new track he’s just finished but most people don’t fall into that situation where they have permission of the artist.

At the end of the day I guess I just don’t think stealing is good, whether it’s from the Internet or my desk.

Yes, we emerged from our 12 year hiatus, reformed with all 4 original band mates and have been having a great time!  It’s really fun.  We are all in very different situations now however and so our focus is not (as it once was) to jump in a van and tour.  Everyone has a family and grownup-type bills!  So we’re looking at things from the standpoint of writing for placements – film and TV.  But even before that, we’re doing it because it’s a blessing to be able to do it.  And there are still some Chalk FarM fans out there who are interested in hearing more – which is also a blessing.

We just released 8 new songs on iTunes (see, it’s not even a full CD’s worth!) in a collection called “Into The Night”  We’ll be playing some shows later this summer in LA, but mostly we’re in a writing and recording mode.

Good luck with with music marketing.