The only constant on the Internet is constant change. As you find out if you have an account with some web site, and haven’t logged in for a while. You are likely to find that they have completely changed the interface, and you have learn how to use it all over again. 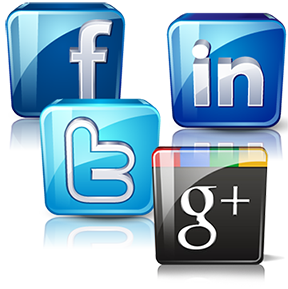 So it is with social media marketing. Those engaged in marketing via social media have seen significant changes over the last year.

So here is what I think is the right formula for social media marketing today:

First of all, although there has been a lot of change in the social media universe over the last two years, Facebook, Twitter and LinkedIn are still the top three sites you need to worry about. That hasn’t changed. Google+ is an upcoming challenger, though not many people use it yet. It has some die-hard fans though.

Facebook is still arguably the top social media site. About a year and a half ago they made some major changes.

Companies had built up large numbers of fans for their Facebook fan pages, and were sending out regular posts to them. Then Facebook changed it so posts to fan page fans only went out to 15-20% of their fans. Companies then had to pay a fee to “boost” the post to go to the rest of the fans.

They instituted a policy that you had to know someone personally outside of Facebook to propose being their friend on a personal Facebook profile. This policy wasn’t totally enforceable, but for new personal profile accounts that did not already have thousands of friends, this pretty much killed using a personal profile for marketing purposes. Plus, Facebook changed it so only 15-20% of your friends would see your posts, the ones who most regularly interact with you on Facebook.

So here is the formula for marketing on Facebook today.

So as you can see, it is necessary today to plan a monthly budget for marketing on Facebook, for getting new fans and for boosting posts so they go out to all fans.

Twitter has worked very hard over the last year to stop people from marketing on the site. They have been suspending accounts for “aggressive following,” and have tightened that net more and more over the last year.

My attitude is and has been to find ways around the stops that Twitter has been putting up, and to continue to add followers on client Twitter accounts. This has been difficult but we have made a breakthrough on this recently.

LinkedIn tends to be a lot more friendly to marketing via their site, because the whole premise of the site is that it is for business networking.

Still, they will often try to block you from adding connections once you reach 2,000 or more. At that point they require you to enter in the person’s email address, which then tends to limit it to people you know personally.

Though Google+ is not that widely used yet, it does have its adherents. So I recommend starting an account, adding friends, and posting regularly.

I believe it is better to post things that include graphics, rather than just text. It has a much better impact with graphics and will be much more likely to get read.