I have observed a kind of bizarre phenomenon recently, where the main social media sites are trying hard to stop people from using their sites to do social media marketing.

Facebook has recently instituted a policy where they say you are not allowed to propose to someone to be a friend on Facebook if you do not know them personally. This is a major change, in that many people have used Facebook up until now to connect to and meet new people, and network with people in their industry, church groups, political connections, etc., through groups on Facebook. 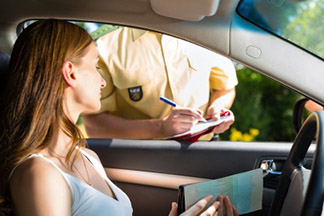 Twitter has gotten a lot more aggressive lately in terms of not allowing people to do what they called "aggressive following."  If you try to follow a lot of people in one day they will just stop you at a certain point. I don’t know what the exact point is but it seems to relate to the number of followers you have (a percentage of that). They also do not want anyone to use any software to do following and unfollowing of people (which they call "follower churn"), or to send out automated tweets. If you violate what they consider an acceptable level of activity, they will sometimes suspend your account. You then have to supplicate yourself on the rug and beg forgiveness for them to restart your account. I had them suspend a client account recently after following 30 people on the first day and 30 people on the second day. They thought that was too aggressive.

LinkedIn has started making it harder and harder to add new connections. After you get to a certain level of number of connections, they will sometimes require that you have to know the email address of the person you’re trying to connect with. I have had a couple of accounts where we just weren’t able to add any more connections at all.

One of the primary principles of marketing your company on social media sites is that you have to have a lot of friends, fans, followers, or connections. A few hundred won’t do. You have to get those numbers into the thousands or tens of thousands.

So what is the reason for all these barriers being placed in the path of decent folks trying to market their products and services on social media sites?

Well first of all there has been a marked "anti-marketing" sentiment spread out across the web, virtually since day one.

Back in the 90s I worked for a software company and our public was IT guys, and at that time I noted a marked anti-marketing sentiment amongst IT guys. They just seemed to think that anyone trying to market anything to them, was bad. I always thought and still think that this is a bizarre idea, as all those IT guys work for a company, which needs marketing and sales in order to survive and pay that IT guy’s salary. (Having been in marketing for 24 years, I strongly feel marketing and promotion is a positive force that keeps commerce going.)

Now I think we are seeing it in the social media sites being persnickety about people adding too many friends, or adding friends that they don’t know personally, or (gasp!) using software to expedite the process. Probably the sites are getting a complaint or two from their "anti-marketing" IT guys in-house, or maybe from 1-2 users who got a friend request (shudder!) from someone they didn’t know. It’s a common fault of companies to overreact to a few complaints and assume those sentiments are much broader than they are.

There are also some people on planet Earth that just don’t like other people to communicate. Those people wouldn’t want others to market something, and they sure wouldn’t want people to (heaven forbid) actually meet and start communicating on the web. I think those people are making their presence felt here.

Since I disagree with the "anti-marketing" crowd and do not think it is a crime to market something and actually believe that marketing is a positive force in the world, and because I do not ever condone the idea of stopping people from communicating, I cannot agree with these recent actions by the social media companies. I think that these are wrong-headed actions and will not help the web, or indeed help the social media companies.

I do not think there is anything wrong with using social media sites to market a product or service. And if you are overly obnoxious about it, people can always unfriend you. That’s a protective feature that’s built into the system.

The solution in my opinion is to continue using social media sites to market, and move over, around and avoid and ignore these barriers that they are putting up. And occasionally, maybe send them an email telling them that stopping communication is not the way to go.