Recent news reports revealed that members of the Googlion government’s Anti-Marketing Brigade have captured Nebula Fred and brought him to Googlion headquarters where he was interrogated by Mattius Cuttsemoff. 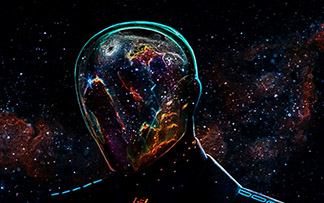 Nebula Fred’s teammates aboard his ship were able to record pieces of the conversation via their comm-link to Nebula Fred.

Cuttsemoff: Well, well, Nebula Fred, I think your days of avoiding Googlion’s edicts and pronouncements are finally over. We’re going to penalize you, sending you back to the remote moon Sandbox. But before we do that, I think it is important that you know why we’re penalizing you and understand why what you’ve been doing is wrong.

You see, when our citizens log onto our communications network, it is our highest priority that they receive the highest quality results. In order to do that, we must have 100% total control over the entire process. Having you and your pitiful band of the SEO sect being able to sneak through the organic wormholes, well, it just isn’t right. It’s unethical, you know? It’s gaming our system. And we just can’t allow that.

Nebula Fred: You know Cuttsemoff, you may have some members of the Alliance who worship at your feet, but I’m not one of them. I know what your real intentions are. I know about the “SEO Destruction Protocol.”

Cuttsemoff: Oh, that rumor! Really Fred, there’s no proof. I’ve said many times that we really are not out to destroy your puny SEO sect. Really. But it is true that Googlion must be the only one who decides who may come through the organic wormholes. Having people be able to proactively affect their ranking in the organic wormholes is just wrong. Anything they do to improve their rankings amounts to gaming the system. Plus, the Googlion government has decided that we shall be the sole arbiters of what types of ships, planets and companies can exist in the known Internetia universe. And anyone we decide is not allowed, well they will be sent to the Sandbox moon. It’s the right thing to do and we’re not afraid to do it.

Nebula Fred: You are a smug, self-righteous control freak. You’re so paranoid that someone besides you will be able to control their own destiny. It’s the basic nature of people to be self-determined, not to cower to you.

Cuttsemoff: We have a 71% marketshare! That gives us the right to make the rules. You’re gaming the system.

Nebula Fred: When you create something this big, it is your responsibility to let others control their destiny in it. Otherwise you just become a dictatorship, and you’ll end up hated by everyone.

Cuttsemoff: We don’t care what you think!

Nebula Fred: I think you may have mentioned it. But what you don’t know is that I’ve got a secret transmitter on me, and my people will be coming through that wall any second now.

Seconds later the right wall of the interrogation room dissolved, and Nebula Fred was whisked away, leaving a small round device on the floor next to Mattius Cuttsemoff’s feet, ticking…