The Philosophy of Marketing, Email and Spam 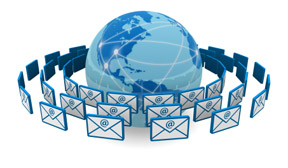 I have been involved in marketing since 1989, which was well before there was an Internet. I have worked for a number of companies as either a Marketing Director or VP Marketing, including three Inc. 500 companies, prior to starting my own business.

Early in my career, I worked for a man who had made it a company policy, that whenever the company acquired a prospect name, they would keep it on their prospect list and continue to mail and promote to the person until 1) he died, 2) he asked to be off the mailing list, or 3) he bought something.

I always thought this was a sensible policy and philosophy and have tried to follow it throughout my professional career in marketing. I have observed that in order to be successful in marketing, you have to be aggressive.

Even in the early days, before the Internet, when we were doing direct mail and a variety of display advertising, there was usually a tiny percentage of people that would react back at the marketing message with an angry or nasty response. Like asking to be off the mailing list in a really nasty manner or similar types of communications.

Well of course we would always take the person off the list if he asked to be off. But I realized a couple of things back then: a) it was always a tiny percentage of people that complained, and b) I couldn’t let that negative communication cause me to back off of aggressively marketing to the remainder. So I would handle the ask-offs but I would ignore the intent of the communications.

Now flash forward to the beginning of email marketing, in 2000-2001. I worked for a software company, and we started doing a lot of email marketing. It happened that all of the email that we sent in those days was to people who had opted in. But we would still get occasional, nuclear complaints from some person who accused us of spamming, wrote to our hosting company, even wrote to the Federal Trade Commission. In each case we could show that the person had opted in on X date.

Around that same time I discovered that our company had been put on a couple of email “blacklists.” These are lists that are compiled by some private person, based on some person accusing someone of being a “spammer.” These blacklist compilers are not part of any official or government agency of any kind. Then certain ISPs like Earthlink or AOL would subscribe to these blacklists, and block any emails going to their subscribers from the supposedly offending parties.

I discovered that anyone can accuse anyone of being a “spammer” and the supposed offender would be put on the blacklist. The person or company put on the list would not be notified in any way, and you had to contact the company and provide proof that you were not a “spammer,” and they would remove you – if they felt like it.

I began to refer to these people as “privacy Nazis.”

A few years later certain people abused the medium of email and sent out millions of emails, promoting sexual enhancement products, toner cartridges, and other products. They used deceptive practices and usually would not remove you from their lists. All this brought about the CAN-SPAM Act, which requires that you do not use deceptive practices, provide an opt-out method and remove people within 10 days if they ask, and include your physical street address in the email.

The CAN-SPAM Act does not make it illegal to send out unsolicited commercial email.

Yet despite this, it has somehow developed as an accepted idea in the world of the Internet and even in the society that sending unsolicited commercial email is called “spam” and is evil and wrong. Author Seth Godin has even written a book legitimizing this idea and saying that you have to always get permission from someone before you can send them email.

I have often wondered where this idea came from and how it became institutionalized in the society, because I believe it is inherently wrong. Certainly the medium of email was abused in the early to mid 2000s. And, having spent seven of my years in the marketing field promoting to IT professionals, I have observed that there is a distinct animosity in the IT field toward marketing of any kind. I believe this idea has spread into the Internet as a whole and has colored the attitude towards email in society.

I recently had an interesting experience which brought this whole issue to the forefront for me. I had some problems with my hosting company and decided to change. I switched to a new company, one of the major ones, and foolishly did not find out first what their policies were on email. Because I am aggressive in marketing my own business and send out a fair amount of email every week, and although everything I do is completely legal according to the CAN-SPAM Act, not all of the emails I send are to opt-in lists (gasp, horror, OMG!)

I found out my new hosting company had a policy that I could not send more than 200 emails per day, which was just a tad below my quota. I called them and tried to find a solution, but no go. I checked on another hosting company that one of my clients uses, and found that although they would allow you to send several thousand per day, they had a “zero tolerance” policy towards “unsolicited commercial email.” I ended up switching back to my original hosting company, which had had some service issues, but at least they allowed me to send out the number of emails that I have become accustomed to.

So this brings me back to why I started writing this article in the first place. You have to be aggressive in marketing in order to be successful. You can’t be timid or afraid of the prospect or have an attitude like “Please Mr. Prospect is it OK if I communicate?”

And I have always believed that marketing is a positive thing in society. It lets people know about products or services that they need or that will help them. It helps companies to be profitable and successful, which is what creates jobs and allows people to earn paychecks (not government stimulus programs).

I have seen companies drop their marketing, or become careful or timid or backed off in their marketing. In every case I have seen the company go into a period of decline, come out of it smaller or less powerful, or go out of business completely.

So I have to disagree with Mr. Godin and the privacy Nazis and anyone else who thinks that a marketer should be careful or timid or backed-off. And although I will always obey the laws, if someone tries to tell me I can’t send out email, I will try to find a way around it. I think my old boss would approve.