One of the most important actions in measuring the effectiveness of any piece of promo is "sourcing" the responses that come in from it. In this case "sourcing" means "to accurately determine with each response that comes in, what prompted or influenced that person to contact you." 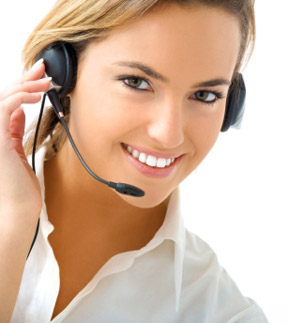 Whenever you promote your business or activity, through pay per click advertising, press releases, article marketing, a mail piece, advertisement, trade show, or article, you are testing different messages and media. You want to be able to measure how well that promotional action did in terms of interesting people and getting them to buy your product or service.

On the other hand it is also important to realize that with any promotion you do, particularly if you are doing multiple promotional actions, each piece has a direct and indirect effect that it creates in the prospect's mind. He sees an ad and remembers it, but he may not respond until he later gets an email or sees something on Google. Display advertising particularly has a lot of indirect impact on responses.

But, even though we know that each piece has an indirect effect that we don't see, the direct response that a piece generates IS an important gauge, particularly when compared to other pieces, in telling you how the piece is doing in terms of creating want and selling your product.

Effective sourcing means that with every reach from a prospective customer, you must determine what got them to reach for your services. This can be done two ways. One way is to ask every person who responds what prompted them to call you. This has to be done religiously (i.e. every time) in order to get usable information.

An easier way is to include a code number on every piece of promotion. A common way is to put an extension number after your phone number, i.e. (818) 951-8800, ext. 2598. Then when the person calls asking for extension 2598, you know which promo piece he is responding to. On pieces where you include a coupon or business reply card, include the code somewhere on the coupon or card as well.

It's a good idea to assign a separate code each time you use a promo piece, if you are using it more than once. Let's say you designed promo piece X, and you sent it out to the ABC list (rented from a trade magazine). You assign it a code of 2005. And from that mailing you got 55 responses.

Now 6 weeks later you want to send out promo piece X again, but this time to the XYZ list (rented from a mailing list house). Don't use the same code (2005) again. Why? Because if you assign it a separate code (2006) you now have a chance to measure how well the ABC list did compared to the XYZ list. Direct mail texts will tell you that the list can be responsible for up to 60% of the success or failure of a mailing, so it's important to measure that.

In order to get accurate sourcing data, you have to organize your communication lines so that every response coming in gets recorded somehow. This could be done by your receptionist, especially if she handles the mail too. She could record every phone and mail response in a "responses log" on paper or in a spreadsheet, or even better, in a database like GoldMine. The log should contain the person's name, company name, phone number, and what prompted them to contact you. If you have numerous people answering the phone or taking calls, each one of them must record the responses and the source on a log.

A log is one way to keep track of what got people to reach. Then later when a sale is made, you enter that information into that person's record as well, with the dollar amount of the sale. With a good database, you can later run reports telling you how many responses came in to each promo piece, and how much each piece made in sales. I've done it both ways (with a log, and with a database) and I can tell you, setting up a good database will save you HOURS of time whenever you need to do an analysis of the data.

In cases where the company is sending out multiple communications on multiple communication lines, it becomes unlikely that the customers are just calling out of the blue strictly on their own origination. Something is at least reminding them of you and prompting them to call. And you want to know what that is, because that tells you what to strengthen. It's wise to pull the string a little bit when the person calls, asking if he is calling off a promo piece, then asking if something reminded him of the company recently, did he get the email?, etc. This will usually get the real answer.

And why is that so important? Because as a company grows, more and more of its business becomes repeat business, and the promotional actions you do to get your customers to call up again and buy more, are some of the most valuable actions you can do.

Developing brand new customers is much more expensive in terms of marketing dollars spent, than getting your existing customers to buy again. So repeat sales from your customers are much more viable. Knowing which of your customer promo actions are working is golden information, allowing you to reinforce those actions.

In summary, sourcing reaches from prospects and customers alike is a vital action, allowing you to gauge the effectiveness of your marketing actions, and allowing you to eliminate guesswork and invest in the promo that will get you the best responses and sales.