Why Online Snark is Destroying Social Media and Online Reviews

I read an article the other day entitled “Why Twitter’s Dying (and What You Can Learn from it)” by blogger Omair Haque. 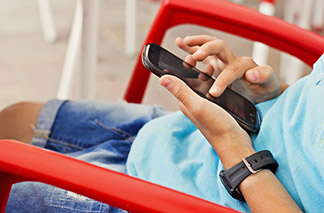 The article talks about the phenomenon of snarky, mean, rude communication that has become all too common online on social media sites.

“Twitter’s a cemetery. Populated by ghosts. I call them the “ists”. Journalists retweeting journalists…activists retweeting activists…economists retweeting economists…once in a while a great war breaks out between this group of “ists” and that…but the thing is: no one’s listening…because everyone else seems to have left in a hurry.

“Here’s my tiny theory, in a word. Abuse. And further, I’m going to suggest in this short essay that abuse — not making money — is the great problem tech and media have. The problem of abuse is the greatest challenge the web faces today. It is greater than censorship, regulation, or (ugh) monetization.

“To explain, let me be clear what I mean by abuse. I don’t just mean the obvious: violent threats. I also mean the endless bickering, the predictable snark, the general atmosphere of little violences that permeate the social web…and the fact that the average person can’t do anything about it.

“We once glorified Twitter as a great global town square, a shining agora where everyone could come together to converse. But I’ve never been to a town square where people can shove, push, taunt, bully, shout, harass, threaten, stalk, creep, and mob you…for eavesdropping on a conversation that they weren’t a part of…to alleviate their own existential rage…at their shattered dreams…and you can’t even call a cop. What does that particular social phenomenon sound like to you? Twitter could have been a town square. But now it’s more like a drunken, heaving mosh pit. And while there are people who love to dive into mosh pits, they’re probably not the audience you want to try to build a billion dollar publicly listed company that changes the world upon.

“The social web became a nasty, brutish place. And that’s because the companies that make it up simply do not not just take abuse seriously…they don’t really consider it at all.”

I agree that this is a phenomenon that is to some extent ruining social media. I think it is partly due to the fact that it is easy to be anonymous on the Internet, and for anyone who has some angst to let out, for the most part you can let it all hang out and there aren’t a whole lot of consequence. It’s easier to be nasty to someone over the Internet than in real life.

But this phenomenon is also ruining the whole online review space, which is severely broken. Why is it broken?

Let’s take a step back. The whole online review area was created to empower consumers. The idea was that any company would tell you only good things about themselves. But consumers? Actual customers? They would tell you the actual real deal, warts and all. Third party comments about a company who have no skin in the game, will just tell you the truth, right?

Well, it’s not as rosy as all that. As mentioned earlier, I think the problem is that the Internet has created an environment where someone can say certain negative, snarky, rude, cruel, or even slanderous things online, without any consequences.

In other words, let’s say someone went to a city council meeting, and got up and said a bunch of crazy, mean, cruel, nasty things about a city council member. It’s likely they would get shut down by the chairman, maybe even asked to leave. And police would be called if they didn’t chill out. And people at the meeting who saw them would now have a changed opinion of them. If word got around amongst that person’s peers, their reputation would be affected. And that is why most people, even wacko people, wouldn’t do something like that. Someone would stop them, and there would be consequences.

Or if someone did that in a meeting at their job, they’d be paying a visit to HR. There would be consequences, at least a negative report going into their employee file.

No such luck online. There’s no one monitoring the conversation. And for the most part there are no consequences.

One of the services I do for companies and individuals is online reputation management, dealing with negative reviews and negative search engine results. Every client for whom I have managed online reviews has at least one or more really negative reviews about them. And these are all good companies that do good work. These negative reviews never seem to go away. If you click on that person’s account (the one who wrote the review) and see their other reviews, often, every review they write chops the reviewee the pieces.

One of the biggest online review sites is Yelp. What does Yelp do to police abuse? Is there any way to ensure that reviews are actually from customers, not from a) a dishonest competitor, b) a disgruntled ex-employee, or c) someone who just gives terrible reviews to everyone?

In fact, here is how Yelp screens the reviews. They will automatically archive a review if the person writing it is not a regular Yelp user. So if that person hasn’t written other reviews, or hasn’t logged into their Yelp account much, or doesn’t have any friends on Yelp, their review will get pushed into a hard to find area (“reviews not recommended”). But if the person is a regular Yelp user, that review will go up and be visible.

If you contact them and can prove that a bad review is bogus, i.e. that it is from a competitor or an ex-employee, they will take it down. But how do you prove such a thing? And one of my clients had a Yelp review saying that their employee was driving their truck badly on the freeway. Yelp wouldn’t take that down.

Yelp has buttons underneath the reviews where you can click on the buttons to indicate that a particular review was useful, funny or cool. The negative reviews seem to get more “useful” clicks, guaranteeing that they will stay up there forever.

So rather than empowering consumers, the online review industry has actually empowered people who want to get snarky and complain. And these negative reviews can have a major impact on the amount of business someone gets from their online presence.

I even read an article recently which was describing how some people go to restaurants now and demand free food, otherwise they will write a bad review. That’s what I would call abuse. If the online reviews sites can’t start handling this abuse, they will quickly lose relevance.

One positive note is I saw a news item recently about a woman who was sued and had to pay several thousand dollars to some company whom she had actually slandered in an online review. She was shocked because she thought she could say anything she wanted in a review, so she had called the people “criminals.”

What Can You Do?

I have some advice on how we can fight these phenomenon and make things better.